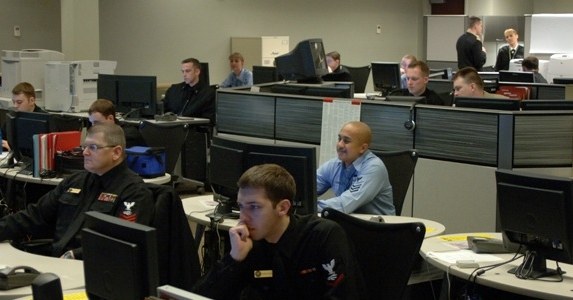 Someday, somehow, the U.S. Navy would like to run its networks – maybe even own its computers again. After 10 years and nearly $10 billion, many sailors are tired of leasing their PCs, and relying on a private contractor to operate most of their data systems. Troops are sick of getting stuck with inboxes that hold 150 times less than a Gmail account, and local networks that go down for days while Microsoft Office 2007 gets installed … in 2010. But the Navy just can’t quit its tangled relationship with Hewlett-Packard. The admirals and the firm recently signed another $3.3 billion no-bid contract that begins Oct. 1st. It’s a final, five-year deal, both sides promise, to let the Navy gently wean itself from its reliance on HP. But that’s what they said the last time, and the time before that.